In the first lesson in oratory, he did not have enough material and he asked the audience to tell about something that makes them angry and annoying. It turned out that when talking on this topic, the fear of public speaking goes away, as it did. The fight against this fear has become the main subject of Carnegie’s classes and lectures. Learn to talk with people. The How to Stop Worrying and Start Living Summary will show you another part of his writings. 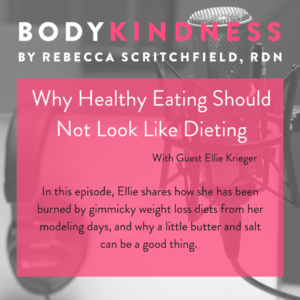 Such goals were set by those who came to his courses. These skills help to get a job, it is necessary for sales. It finally gives self-confidence that same magical self-confidence that should open any doors and ways for a person. At least, it is customary to believe in a world where success is considered the result of exclusively personal qualities.

Let’s not forget that Carnegie’s best-selling book, How to Make Friends and Influence People, became in 1936, during the Great Depression, when recipes for success were more in demand than ever.

And this success is largely due to the simplicity, almost schematic of the decisions that Carnegie offers his follower. Do this you will get this. Six ways people like it. There are twelve ways to convince a person to share your point of view. An instruction that reduces business communication to several basic skills: smile, be friendly, call a person by name, ask questions instead of direct directions, talk about your mistakes before criticizing another, etc.

It is really very simple, offensively simple. Carnegie does not tell his reader anything new, but it was he who distinctly uttered what many already knew, the first and became the founder of an entire school of special communication, which is usually called business, but you want to call it commercial.

It is Carnegie we owe to the fact that bank employees who want to offer us a loan, or representatives of an Internet provider begin a conversation with the question: “How can I contact you?” It was Carnegie who taught public persons to begin the answer to a question of any complexity and trickiness almost automatically: “Thank you for the question.” It was Carnegie who made everyone remember the truth, known from time immemorial, that man, in the end, is most interested in himself and by skillfully using this natural egoism, much can be achieved.

Having taught how to succeed, Carnegie undertook to teach him how to live.

“How to Stop Worrying and Start Living” is the second book of his testament, addressed to someone who has something to lose. And again, nothing revolutionary: get down to business, do fuss over trifles, do not worry about the past, cooperate with the inevitable. Pray in the end.

Humanity loves simple solutions. This explains the worldwide victory of fast food, and the popularity of furniture that can be assembled as a child’s designer, and the fact that the teachings of Dale Carnegie, adapting to the new time and changing slightly in particulars, continue to live and develop.

Other materials of the author

Change yourself. Thoughts are positive. Visualize your goals, turn your dream into a goal. Reorganize your attitude to life.

Be successful, and success will come. Think like the rich and get rich. Start with the little things. Don’t apologize for being late thank you for waiting. Address a person by name even if he is three times older than you. Spend twenty minutes a day learning something new.